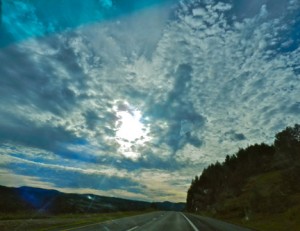 Jana Harris has published nine books of poetry, including You Haven’t Asked Me About My Wedding or What I Wore, Poems of Courtship on the American Frontier, recently released by The University of Alaska Press.  Other titles include: We Never Speak of It, Idaho-Wyoming Poems, 1889-90 (Ontario Review Press, 2003), The Dust of Everyday Life (Sasquatch Books, 1997), and Oh How Can I Keep On Singing?: Voices of Pioneer Women (Ontario Review Books, 1993). She has released two novels, and a memoir called Horses Never Lie about Love.

Jana teaches creative writing online at the University of Washington and The Writer’s Workshop. She lives on a farm in the foothills of the Cascade Mountains, where she raises horses.

Linda Malnack has published poems in Amherst Review, Blackbird, the Seattle Review, and Ruminate, among others. She won a Writers Award from The Nassau Review in 2014, and her chapbook, 21 Boxes, was published by dancing girl press at the end of 2016. In addition to working as a Co-editor for Switched-on Gutenberg, Linda is an Assistant Poetry Editor for the print journal Crab Creek Review.

Roberta Feins was born in New York, earned a master’s degree in Marine Sciences from the University of North Carolina at Chapel Hill, and has lived in Seattle since 1983. Roberta received her MFA in poetry from New England College, studying with Judith Hall, Carol Frost, DA Powell, and Alicia Ostriker. Her poems have been published in (among others) The Gettysburg Review, Five AM, Antioch Review, The Cortland Review and Floating Bridge Review. Her chapbook Something Like a River, was published by Moon Path Press in 2013, and Herald won the 2016 Coal Hill Review Chapbook Contest (Autumn House Press, 2017).  Her first full-length collection, A Morsel of Bread, A Knife, was published in 2018 by the Center on Contemporary Art, Seattle.